Development cooperation between SINTEF and special clothing manufacturer Helly Hansen has led to offshore workers on the Norwegian continental shelf being issued with helicopter suits that keep their wearers either warm or cool as conditions require.

Tests in the pool at SINTEF showed that the newly developed suit provides good protection against loss of body heat if a helicopter downs in the sea.

In 2008, the two partners were nominated for Norway’s most prestigious design prize for the suit.

A working group set up by the Norwegian Oil Industry Association (OLF) had documented that users were not satisfied with current helicopter suits:

Petroleum industry workers felt that they were being boiled alive in the helicopter cabin in hot weather, while they feared that the suits would not give them adequate protection against loss of body heat if they had to spend a long period in cold seawater.

This led to new regulations: new suits must solve both problems before they could be approved.

The SINTEF/Helly Hansen suit showed that this could be done.

The travel suit cools the body in hot helicopter cabins, but if the wearer ends up in the sea, it becomes a well-insulated survival suit.

Thanks to its special characteristics, the suit can both be worn during a helicopter trip and serve as a survival suit out on the platform.

A long-time favourite of mariners facing arctic survival risks, VIKING’s PS5002 immersion suit has been upgraded and independently tested at temperatures as […] 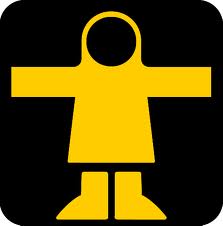 This comfortable ETSO/EASA approved survival suit is one of our new developments for your safety! We have used the feedback of our […]