BOAT users have been warned about the dangers of poorly maintained life jackets after authorities found serious deficiencies in the quality of inflatables during random checks.

Marine and Safety Tasmania manager for recreational boating Peter Hopkins said officers had seen poor quality jackets in waterways around the state during the past few weeks.

Mr Hopkins said of the 19 life jackets checked on the Tasman Peninsula during the opening of the eastern region rock lobster season last month, 12 were over a decade old and had never been serviced, the gas cylinder in four jackets were incorrectly secured, one jacket had no cylinder while another’s cylinder was used. He said recent incidents included:

THE cylinder not being screwed into a 14-year-old’s life jacket at a recent school holiday licence course on the East Coast.

THREE life jackets all found to be deficient at a prominent southern rowing club.

A CYLINDER not screwed into a jacket at Devonport.

“This just gives you an idea of our concern. People do not check them or service them as required by the manufacturer. If people purchase them they must ask the retailer [about servicing].”

“We have trained in excess of 90 staff in issues of safety and basic legislation relating to safe boating,” he said.

“All our staff will be out and about urging people to check them, get them serviced and if it is evident the jacket has not been maintained we can issue an infringement.”

It was also revealed by the Mercury last month that 281 fines or cautions were issued for people not wearing life jackets in 2015-16.

The RNLI is hosting a free lifejacket clinic in Fowey. The event at the Gallants Sailing Club is now in its eighth […] 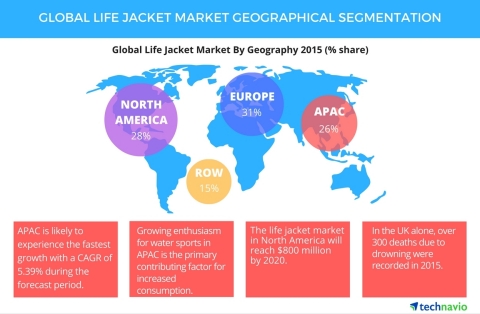 LONDON–(BUSINESS WIRE)–The global life jacket market is expected to grow at a CAGR close to 5% during the forecast period, according to […] 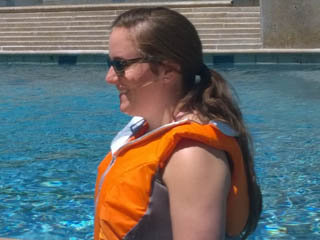