When Pat Hughes completed his first triathlon, he learned of the death of a fellow competitor during the swim portion of the event in Lake Winnebago.

Shaken by the tragedy, the University of Wisconsin-Madison senior business major vowed to invent a lightweight, minimalist life vest that would appeal to triathletes, surfers, kayakers, anglers, standup paddle boarders, sailors and anyone else who should, but probably doesn’t, wear a personal flotation device.

Several years later, Hughes and his business partner, Mike Fox, developed the Wingman life vest, which weighs only 1.6 pounds and features a small CO2 cylinder at the neck. By pulling a small handle on the front to activate the cylinder, the Wingman turns into a buoyant life preserver. It can be reused by quickly replacing the $15 CO2 cartridge.

« A lot of people wonder why we got into the life jacket business, » said Hughes as he recounted the tragedy at his first triathlon. « It surprised me because that didn’t even cross my mind, that something like that would happen.

« It got me thinking — what can I do for my safety? There are inflatable vests, but they’re bulky and definitely not designed for in-water things like swimming and surfing. We also knew if you made a vest comfortable and sleek enough, it would appeal to fishermen and kayakers, » Hughes said.

The Wingman comes in bright yellow, red, black and camouflage and retails for $249 on the website of Fox and Hughes’ company, Hyde Sportswear.

Fox and Hughes have persuaded a kayak shop in Florida and an adventure sports store in Iowa to sell them, and they’re hoping to get their product sold by big-box retailers and large sporting goods stores.

At only a half-inch thick and 18 inches long, the Wingman is designed for ease of mobility. A big reason why many kayakers, surfers, duck hunters or anglers don’t wear life vests is because they are cumbersome, said Fox. When someone is in trouble in the water, flotation devices in capsized boats or floating away won’t help.

« They’re for people who want a range of motion, » said Fox. « A lot of times, life vests stay tucked under seats in boats. »

With Memorial Day weekend the unofficial kickoff to the summer sports season, authorities worry the number of drownings will continue to spike. Last year, 98 people drowned in the Great Lakes, including 46 in Lake Michigan, an increase of 78% from the previous year.

Three kayakers, none of whom were wearing life vests, recently died in Wisconsin in less than two weeks: Rameses Huerta, 22, of Lake Geneva drowned May 11 in Geneva Lake, and Dylan T. Dohr, 21, of Clintonville and Mathew A. Tauferner, 29, of Sturgeon Bay drowned April 28 when their kayaks overturned in Lake Michigan off Door County.

Hughes has competed in several triathlons, and like many triathletes, he feels more comfortable in the running and biking portion of the race. Triathletes who train in pools before jumping into lakes for the chaotic swim portion of the competition with hundreds of other swimmers might feel more safe wearing a Wingman, Hughes said.

Peter Black, a kayak angler from Madison, heard of the new life vest at the paddling expo Canoecopia in Madison a few years ago. At the time, Hughes and Fox were displaying their prototypes and beginning a Kickstarter campaign. Black competes in kayak fishing tournaments, and the inflatable life belt he had used while on the water was not accepted by tournament organizers because they’re not as safe as a vest.

« This thing is fantastic. I discovered you can unclip it on the bottom and put on a jacket when it gets cold without having to take the vest off, » said Black, who bought a red Wingman.

Kayakers often don’t like wearing personal flotation devices because the arm holes aren’t big enough. Also, many kayaks have high-back seats, and it’s uncomfortable to sit in them with an unwieldy life vest, Black said.

« There are times I’ve been driving home and realize I’m still wearing it, » Black said of the Wingman.

His customers are boaters, kayakers, triathletes and standup paddle boarders who « wondered where this thing was 10 years ago, » said Huseman. « It’s a perfect fit for what we do around here. »

A few years after his first triathlon and earning a degree in accounting and entrepreneurship at UW-Madison, Hughes began sketching out his idea for what would become the Wingman. He sewed a few prototypes and tried them out in a pool. Then after more changes, he had some made by Laacke & Joy’s contract sewing facility in Milwaukee.

Hughes knew he didn’t want the CO2 cylinder in the front because surfers lying on their boards paddling out to waves wouldn’t wear it. It took awhile to figure out the design of the device that fills the internal bladder with air and then patent it. That’s when Hughes’ brainstorm went from « decent idea » to « marketable product. »

He partnered with Fox, a 2008 Marquette High School classmate, to create their startup Hyde Sportswear, and the pair decided if they wanted to mass market their product, they needed U.S. Coast Guard certification. They also knew that would be expensive because the Coast Guard outsources products it certifies to Underwriters Laboratories. So they used Kickstarter in 2015 to raise $67,000 in a month for certification.

By spring 2016, Fox and Hughes had obtained the coveted Coast Guard certification and contracted with a Coast Guard-approved manufacturing plant in Thailand. Once UL inspected their first order, Hughes and Fox got their first inventory last summer, which were owed to around 500 people who backed them on Kickstarter.

In June, Hughes and Fox took the top prize in the Wisconsin Governor’s Business Plan Contest.

The life vest features a large pocket in the back to insert a water bladder, like a Camelback. There are straps in front for chest packs to hold a cellphone or fishing lures and a small zipper pocket for car keys or small wallet.

They’re also designing a stretchable neoprene top to wear over the life vest that will expand when the CO2 cartridge is pulled « for macho men who want to be discreet, » said Hughes. 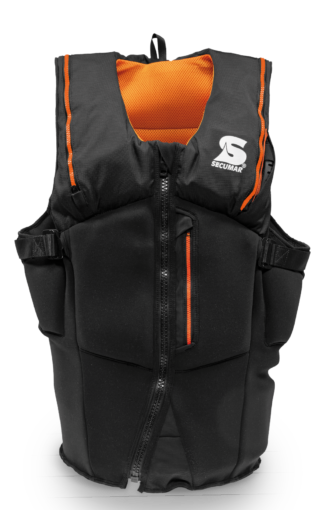 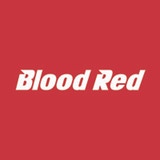